A Guide To Understanding Handgun And Rifle Calibers

by wbstadm
in Best Rifle Scopes
0

If you’re new to the world of guns and shooting, there’s a lot of jargon you might overhear at the range or at the gun shop that might be confusing at the very least.

Whether it’s a magazine versus a clip or even the finer points of ballistics, the lexicon of firearms is vast. One crucial and complex topic many beginners have questions about is the concept of caliber. Understanding caliber is key to give you a better understanding of the options available when visiting a shooting range. Here’s what you need to know about caliber.

Caliber is the diameter of a bullet. That’s it. But as with many things in life, the seemingly straightforward definition of gun caliber belies more intricacies and detail that might not seem obvious at first glance, especially to the novice firearm owner. 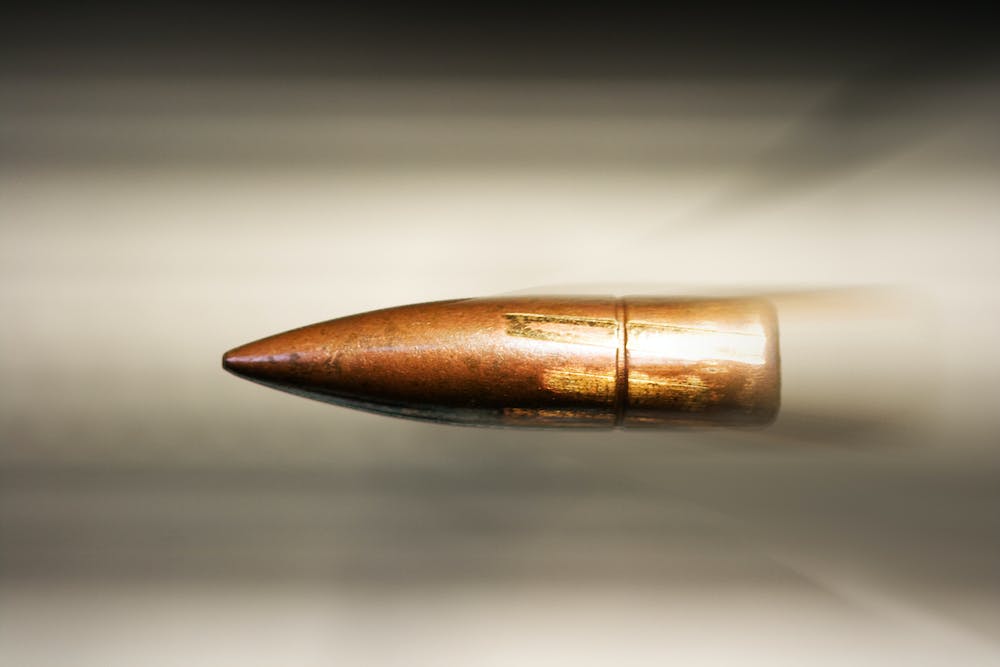 To better understand some of these intricacies, let’s discuss another key glossary term: cartridge. Specifically, the difference between a cartridge and a bullet. What many beginners think of as a bullet is actually considered a cartridge. A cartridge contains the outer casing, the gun powder propellant, the primer, and yes—the actual bullet itself, which is the smaller projectile tip that gets shot out of the gun barrel.

The reason this needs to be made clear is because of how caliber is defined—it’s the diameter of the bullet, and as a result, the internal diameter of the gun barrel bore, not the cartridge.

Is Caliber Measured in Metric or Imperial?

One of the reasons caliber can be slightly confusing to newcomers is that both metric and imperial units are used to define bullet diameters. For example, a .22 bullet is based upon the imperial system of measurement, meaning its diameter is 0.22 inches. However, the 9mm bullet uses the metric system with the lowercase “mm” after a caliber denoting millimeters.

Why are both used? The reasons are varied—some of it has to do with what country the bullet originated from and what measurement system they use. While some of it has to do with what year it became officially adopted for use, and sometimes it is just an outlier. For instance, take the common 30.06 round (spoken as “thirty-aught-six”). The “thirty” is the caliber of the bullet in inches (0.30) and the “aught six” is because the United States Army officially adopted it in 1906. 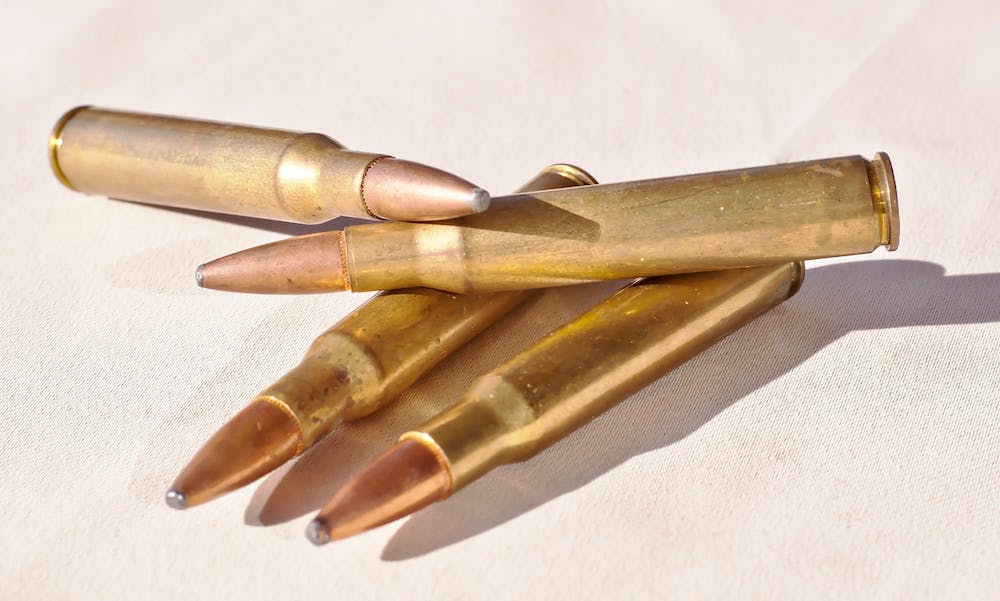 The bottom line is that both metric and imperial are widely used, so it’s best to be familiar with both. And just for reference, you can always convert inches to millimeters by multiplying it by 25.4 (or millimeters to inches by dividing by 25.4).

Within each of these sizes, there can be a wide variety of cartridges. For example, looking at just .30 caliber examples, we have such popular variants as:

One area that stands alone from the metric versus imperial conundrum is shotguns, which are less commonly owned than handguns or rifles but are still quite popular here in the United States.

The caliber of a shotgun is measured in gauge. The definition for gauge can be complex, but in essence, the gauge of a shotgun is calculated by the number of lead balls that are equal in diameter to the diameter of the barrel it would take to make up a pound of lead. For example, it would take 10 lead balls with the same diameter of a 10-gauge shotgun barrel to make one pound of lead. (For any of you math aficionados out there, this formula is how gauge is calculated.)

The other thing a beginner should know about shotgun gauges is that a shotgun cartridge is typically referred to as a “shell”, and instead of one metallic projectile in the form of a bullet, a shotgun shell has numerous projectiles which are collectively referred to as “shot” and come in a wide number of varieties.

Lastly, the lower the gauge number, the bigger the caliber of the shell. The most common gauges are 10 and 12, but go as low as 4 and the smallest gauge you will typically find is 28. But just to add one more exception to the rule, the smallest shotgun shell caliber is denoted by a standard imperial notation—the .410 caliber.

Finding the Right Caliber at The Range 702

As you can see, caliber is a perfect example of something that appears on paper to be a pretty simple concept (diameter of a bullet/gun barrel), but due to a wide variety of factors, it can be complicated. 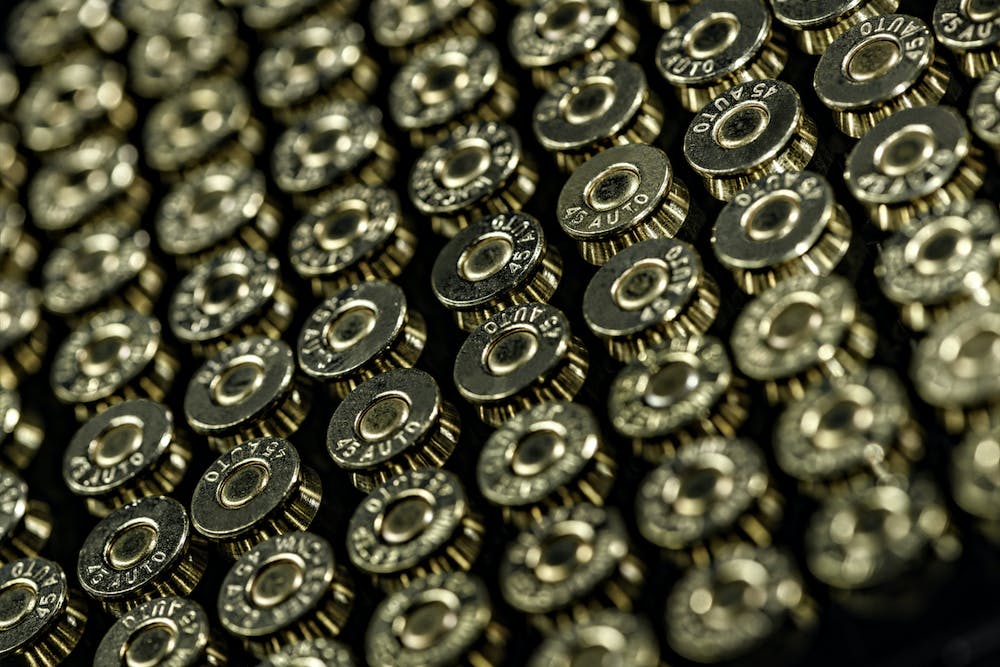 The best way to get these concepts down is to try them for yourself! Here at The Range 702 in Las Vegas, we’ve got just about every caliber under the sun for you to experiment with at the largest indoor shooting range in the entire state of Nevada. We’ve even got some true “big boys” that aren’t common enough to merit mention above but are lots of fun to shoot. But you don’t just have to take our word for it, come try one of our thrilling shooting experiences for yourself today!

RELATED: How To Improve Your Shooting Accuracy as a New Shooter

Source
A Guide To Understanding Handgun And Rifle Calibers is written by randerson for www.therange702.com

5 Therapeutic Benefits Of Shooting At A Gun Range

5 Therapeutic Benefits Of Shooting At A Gun Range